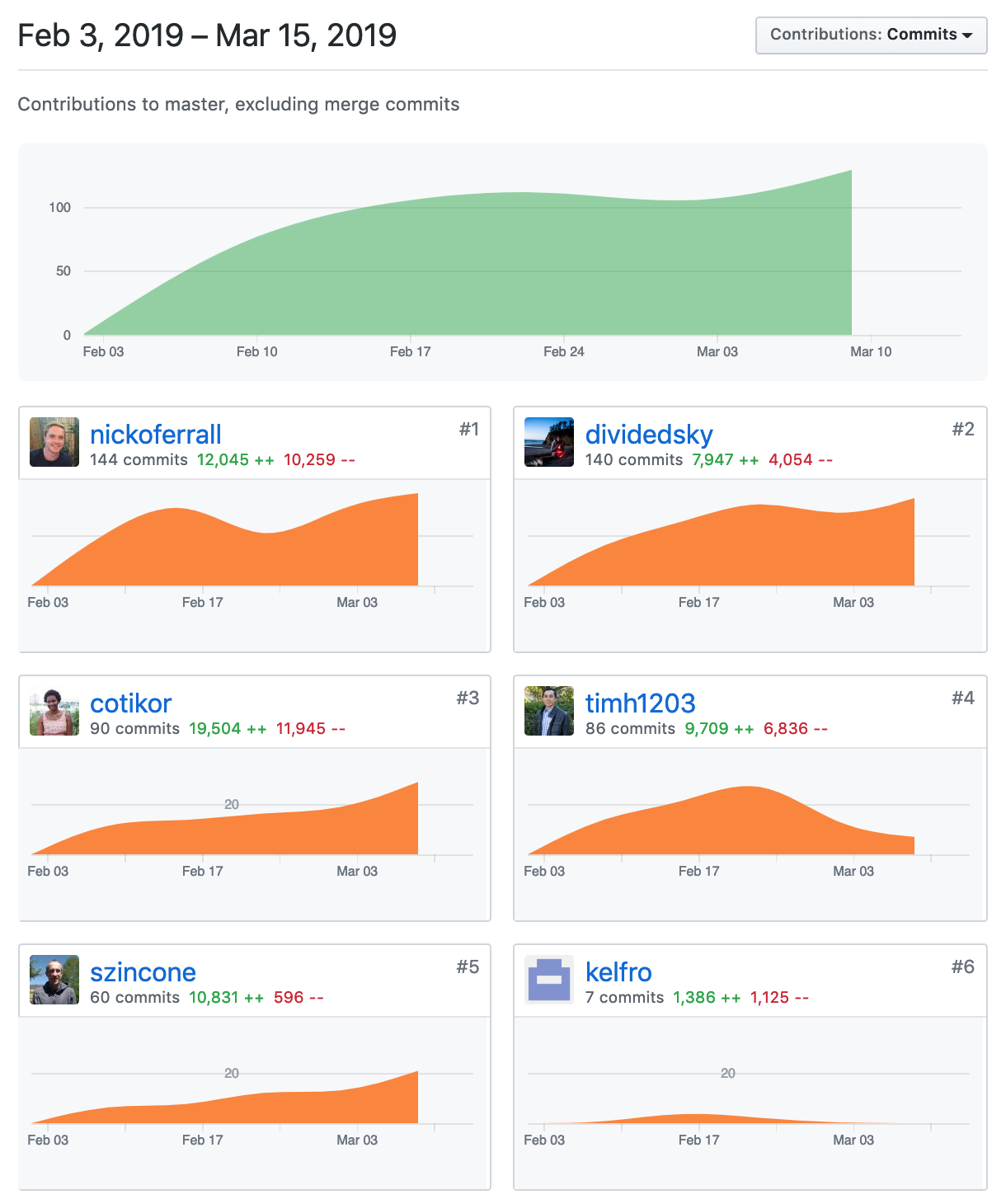 Provide a paragraph (5-8 sentences) summarizing the work you did this week, the challenges you faced, the tools you used, and your accomplishments

This week, I worked on implementing the video for our group and made some readme changes. It was challenging coming up with the script and clipping the footage to add to the video. I basically made a gameplan and followed through with the steps. I made iterations and got feedback from my teammates so we could tweak the video to the group's liking. They gave me great feedback and I went and implemented them accordingly. The tools I used included GarageBand, iMovie, and Youtube to host the video drafts. I also refactored code on parts of the app to remove console logs, unused variables, and minor restructuring for clarity.

Ticket 1 Github Ticket 1 Trello -updated the client and the server readme to match
-added updates to readme for images, links, and copy 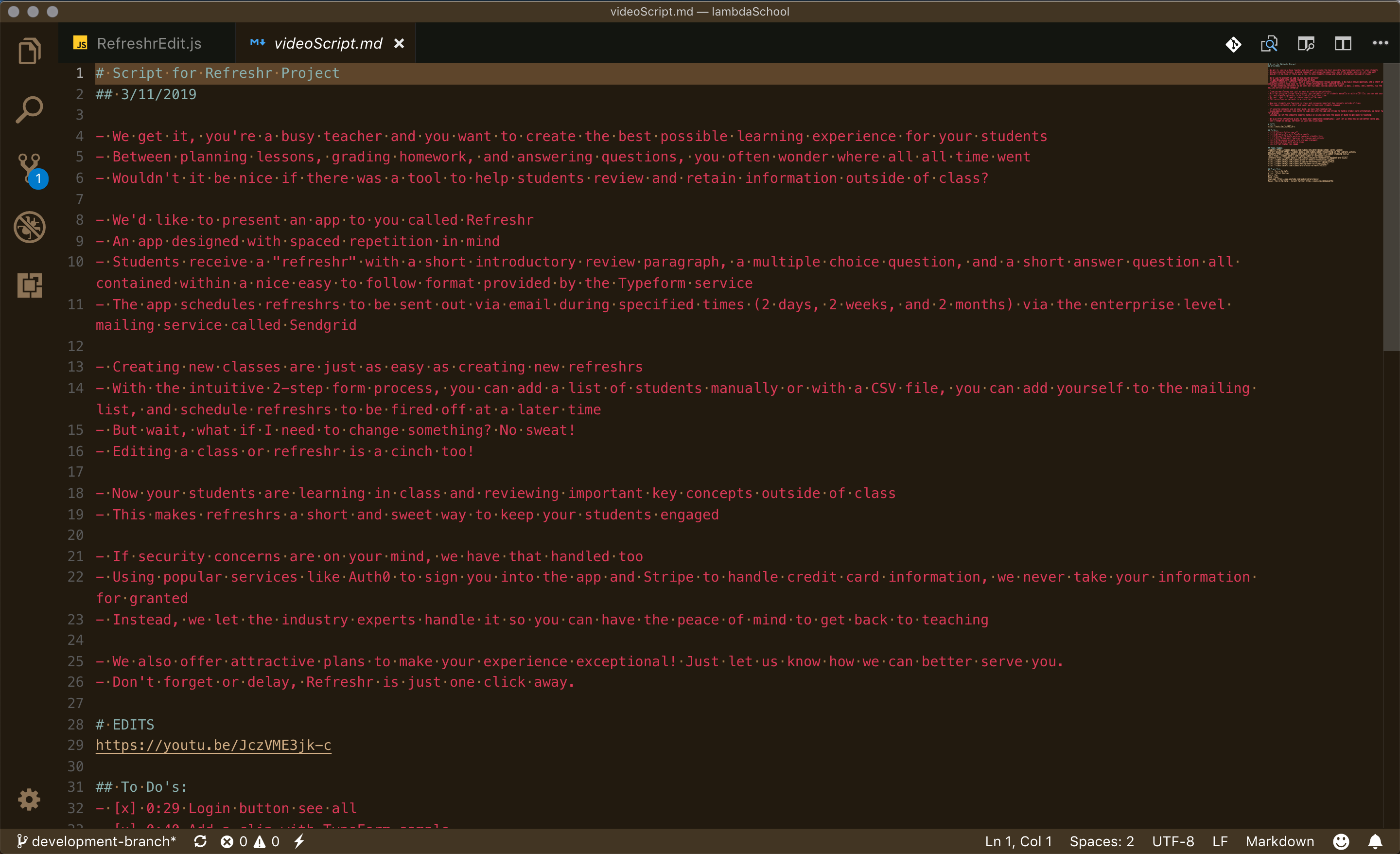 In this first screenshot, I was working on a script to fit roughly about 2-3 minutes. It took a couple edits to get the wording to match up with the pace of the voiceover but that wasn't too bad. I basically followed a scheme of addressing the customer, introducing the app and why it fits their needs, introducing the features of the app and the supporting technologies, showcasing the functionalities and user interface, walking through the security features, and finally the biling plans. 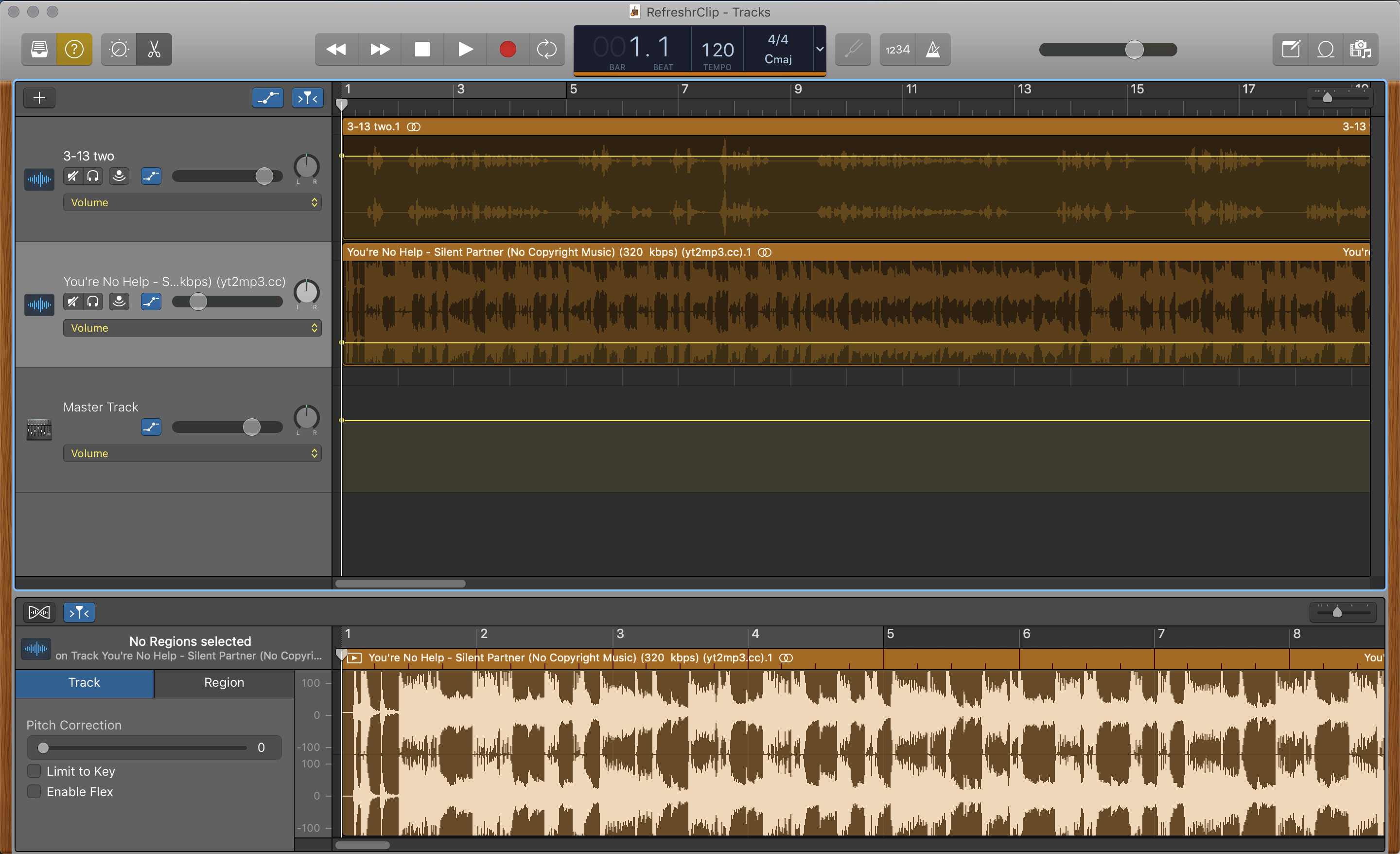 In this second screenshot, I used Garageband to mix the voiceover and the music track together. I searched on Youtube for a free audio library and download the track. I used the funky pop beat to match with our app's vibe. The track was a bit short so I extended it and also added a fade out. 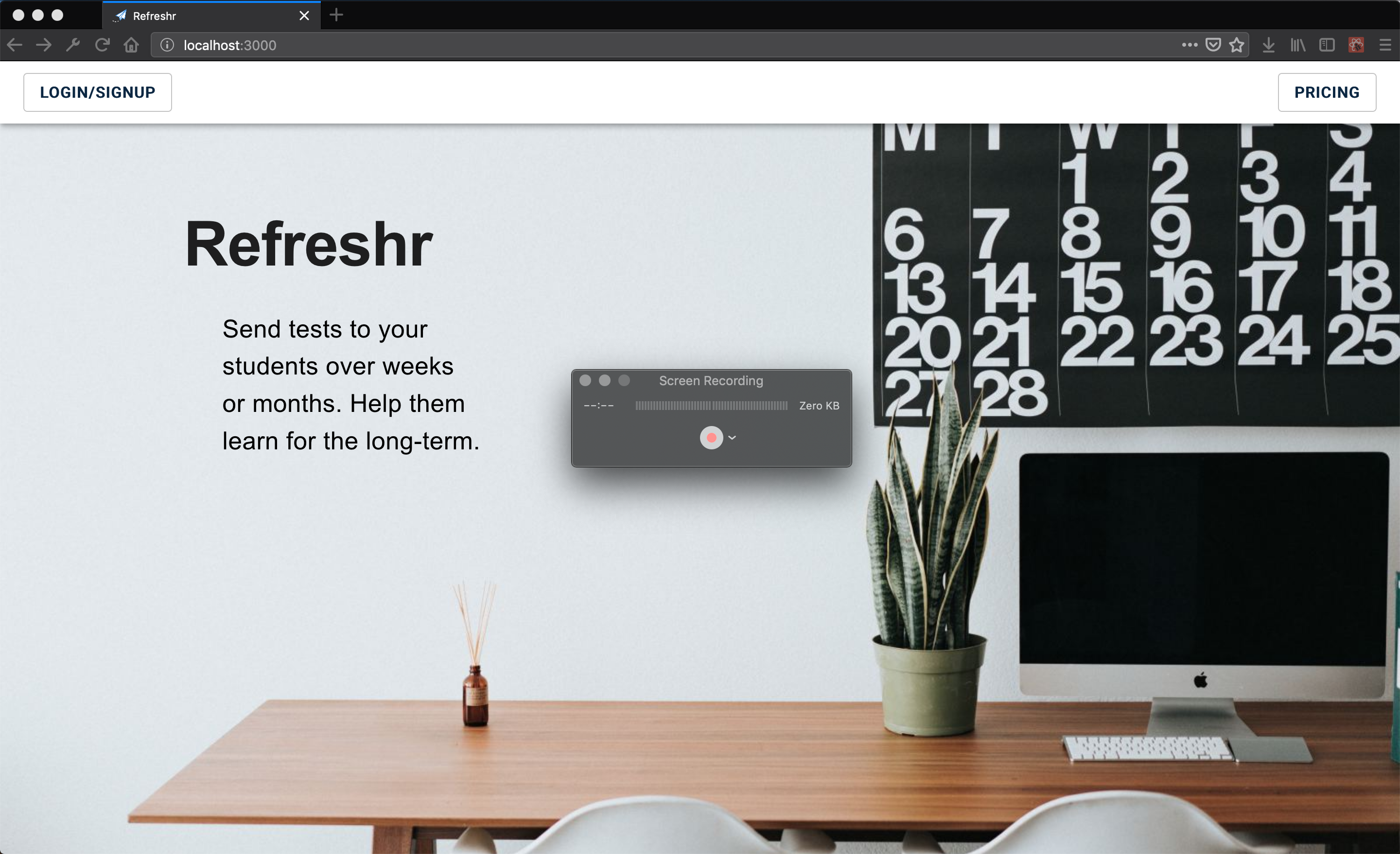 The next step was to record some preliminary footage to use in the video. I made sure to use a browser with not many extensions so that the screen didn't look as cluttered. I used Quicktime Player to record a screen recording and saved it to my hard disk for later use. Timing the clips was a bit difficult to know how slowly I should move through the clips. A good ground rule is to move slowly as I can always fast forward during the editing process. 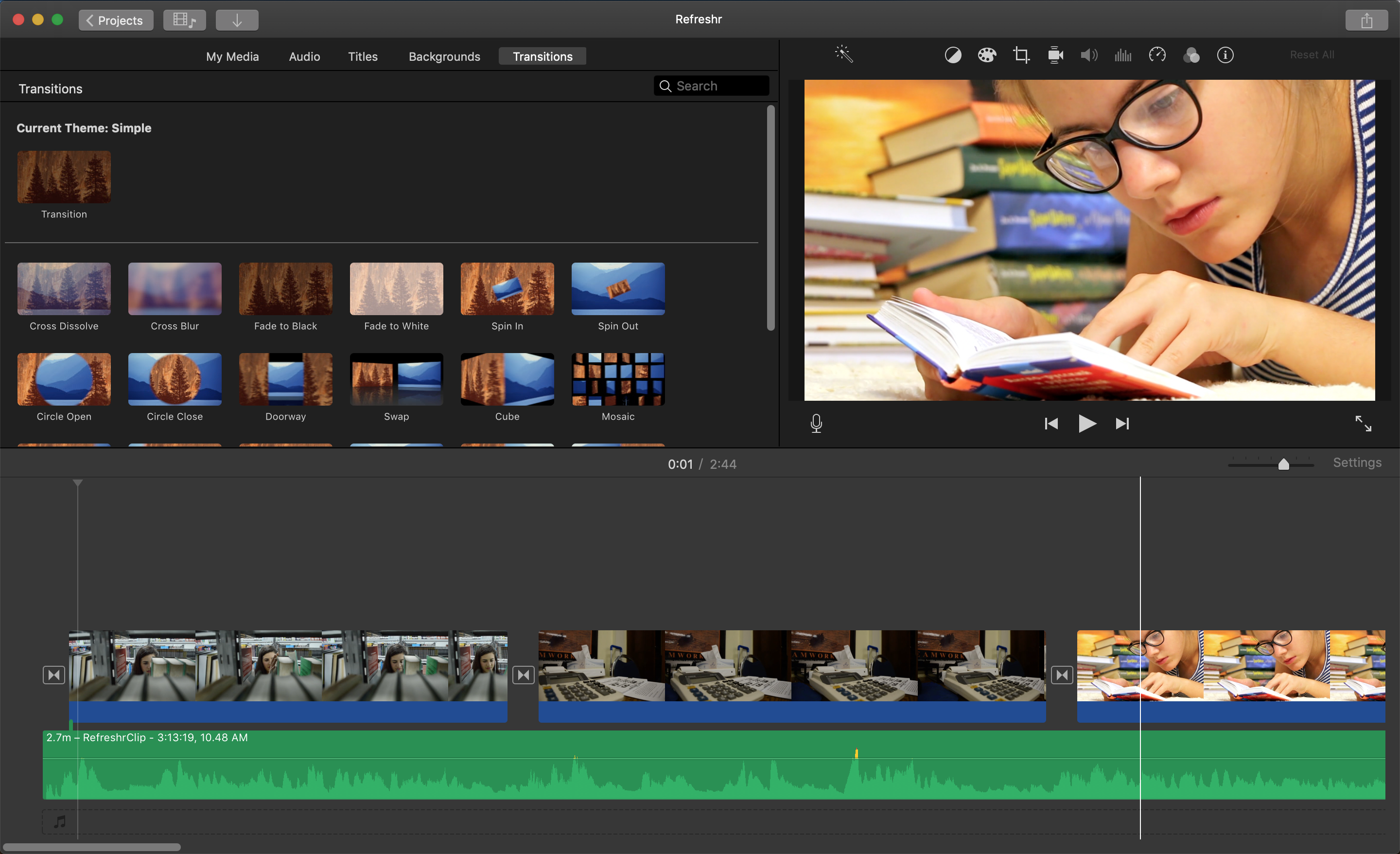 Finally, it was time to put it all together. I first laid out the audio track and then added video clips accordingly. I tried to line up the clips to match with the audio voice over in a way that made it a smooth transition. I also kept up with the visual transtions to give it that real professional look. There was a lot of editing and rewatching in order to get things "feeling" just right.

There were times I had to go back to record the audio again just so the wording makes more sense, re-record the video clips to sync more with the voice sequences, and find additional stock clips to replace empty spaces in the video. Everything was coming together very well.

The only thing I was missing was some sections of the websites that were not accessible yet and smaller updates being made. I had to wait for those clips on Thursday since that's when the code freeze would be. The video editing process was already underway and laid out so I didn't have to worry too much. It was a matter of updating the video clips and replacing them with the newer ones. We were in a good spot.

As a part of your journal entry, write ¼ to ½ a page reflecting on your experiences working with a team to bring an application to completion. The 90-90 rule is a quip referencing the very real difficulty of truly completing a project. Describe some of the final tasks that were the most difficult for your team to resolve - challenging bugs, layout and presentation woes, or anything else that was easy to get mostly working, but hard to get perfect.

Making things look good was hard, but reaching perfection is a lot harder. There's always something more that you can change or made to look better. The difficulty of polishing it up were the small details that we were missing. It's difficult spot all the little things unless one would click through every link and see the behavior. Another difficult aspect was to build some more of the stretch features that we want but not sure if we could implement it in time. We had some really strange bugs that we had to work out and the layout was still not perfect yet. There would be overlaps with different cards past the div outline. We persisted and worked through these changes to the best of our ability. We know that we would still have more time after Labs to implement more features.